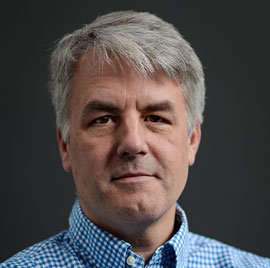 The son of an early childhood educator (his mother was principal of a local child development center) and a toymaker (his father Bill founded Uncle Goose Toys), Scott's Froebel activity carries on both parents' work. He also produces Kaleidograph design toys with Norman Brosterman and champions many other "orphaned" toys and games from the past.